VoomVoom is a member of the Vulture Tribe and appeared as a minifigure in the summer 2014, in the set 70146 Flying Phoenix Fire Temple.

There is one thing VoomVoom knows for sure: everything will always turn out all right, somehow. Even if he’s facing a horde of enemies, VoomVoom always manages to look on the bright side. (After all, with that many targets, how can he miss?) He’s a skilled pilot who always expects that every battle will end in a victory. VoomVoom spends a lot of his time around Vornon, who is his exact opposite. VoomVoom’s non-stop optimism drives Vornon a little crazy, since Vornon always figures the worst is about to happen. In a way, they are a perfect team, balancing each other out in battle.

VoomVoom is a white Vulture with greyish marks. Being a zombie, much of his skin and feathers have rotted away, leaving frozen purple flesh exposed underneath. His eyes are glowing blue and his beak is long, grey and frozen over. VoomVoom's wings are pitch black and his claws and hands are a deep shade of grey.

VoomVoom, despite the freezing cold, wears hardly any clothes, and they are a light green hue. He dons a sash across his bare muscular chest with a bone patching in the lower left corner. He owns a deep colored belt with a loincloth of feathers hanging from the front and sides. Two primitive kneepads protect his bare legs. 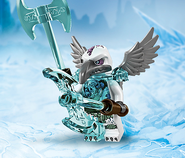 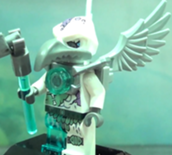 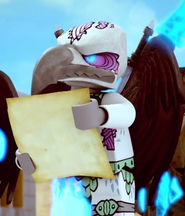 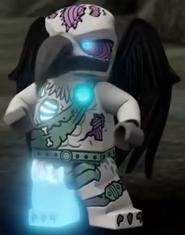 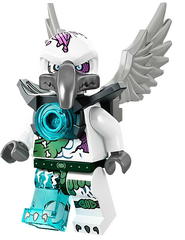 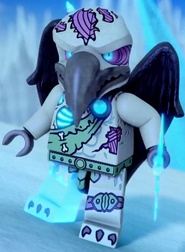 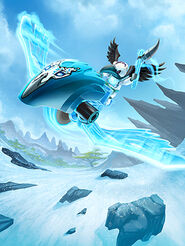 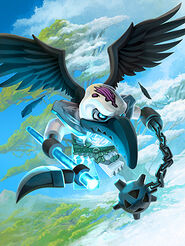