General of the Saber Tooth Tribe

70146 Flying Phoenix Fire Temple
Stealthor is a member of the Saber Tooth Tiger Tribe, and appears as a minifigure in Summer of 2014. He serves Sir Fangar .

Stealthor is a Saber Tooth general, as well as an experienced scout. Once, it was almost impossible to spot him if he didn’t want to be seen. But these days, his glowing bones and icy powers make it hard for him to conceal himself. It’s difficult to sneak around when you keep freezing everything. Although he is a formidable warrior, Stealthor misses the days when he was the tribe’s master of disguise and expert at spotting the enemy before they spotted him. He has tried wearing layers of really warm clothes to try to keep from spreading ice everywhere, but that has yet to work.[1] 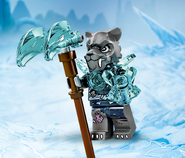 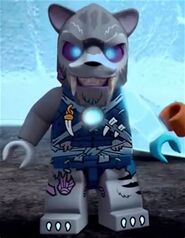 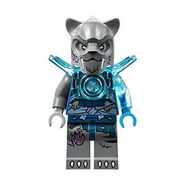