The Spider Tribe is one of the Crawlers in the second season. They formed an edgy alliance between the Bats and the Scorpions for all the CHI. They are lead by Queen Spinlyn. They have the power to create webs and they played an important role in closing the waterfalls of Mount Cavora, thanks to their webs. 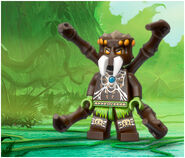 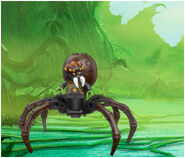