Each of the Tribes has soldiers, ubiquitous and usually unnamed members who make up the bulk of the Tribe in battle. These members only appear in the Legends of Chima TV series. For each Tribe's soldiers, a gallery—sometimes accompanied by further specifics—can be found below.

These were King Crominus' guards. They briefly served Cragger when he was the King of the Crocodile Tribe. 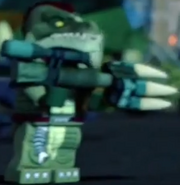 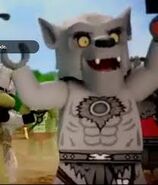 Besides serving as the main units of the Raven Tribe, a Raven Soldier also represented the Ravens in the practice runs on Market Day while Razar stole the Golden CHI. Raven Soldiers usually use Blaster Weapons, particularly Bazooklaws. Raven Soldiers are also sometimes known as Raven Warriors. 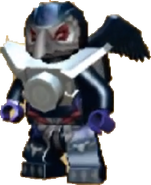 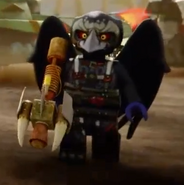 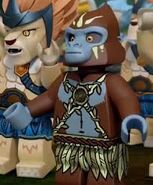 The henchmen of King Scorm, these soldiers are commanded by General Scolder. Scorpion Soldiers can sting others with their tails, allowing their mind-altering venom to make the victim obey their will.

Braptor's henchman. They form the Black Cloud, and, helped by the Spider Soldiers, steal CHI from Mount Cavora. 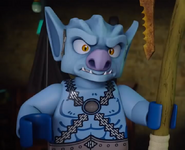 Spinlyn's henchmen. Their admiration for Spinlyn is their sole motivation for desiring CHI, as Spinlyn believes it will make her even more beautiful. With the Bat Soldiers, they steal Chi from Mount Cavora. 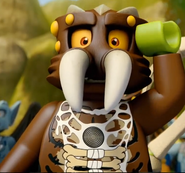 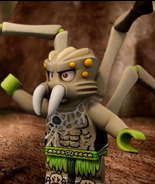 These soldiers can make trumpeting noises with their trunks, resembling elephant noises. They appear in every episode of the TV series's third season. 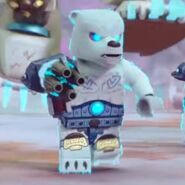 Every types of Icebears Soldiers 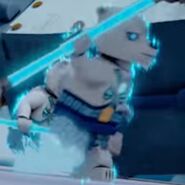