LEGO Legends of Chima Wiki
Register
Don't have an account?
Sign In
Advertisement
in: Ravens, Major Characters, 8 Heroes of Chima,
and 9 more

Razar is a merchant and warrior of the Raven Tribe and will ally himself to anyone with the right price tag, regardless if it is right or wrong in morality. He is a smooth talker who will steal and anything and sell it back to the original owner. (even his allies the Wolves and Crocodiles.)

A self-centered opportunist, Razar never does ANYTHING that doesn't somehow benefit Razar. Be suspicious if he ever appears "generous" because he's almost certainly working some kind of angle. At least he's predictable-He will always do the most greedy and selfish thing possible. He has allied himself with Cragger, not because of any philosophical sympathies, but because he saw it as the most profitable path to take. Every conflict has its spoils, and Razar has his eyes on snatching up as many of them as possible. Besides, Laval is too much of a "goody two-paws" for him. Will Razar ever see the error of his ways? It depends-is there any money in it? If so...maybe. Razar is a pure mercenary who will fight for the highest bidder...and then steal all their weapons when they're not looking.

The most important thing in Razar’s life has always been: Razar. He wouldn’t do anything for anyone if it didn’t involve profit. So why has he joined with Laval, Cragger, Eris and the others for a dangerous trip to the Outlands, risking his life to save the land’s CHI supply? It’s simple. His sharp mind has calculated that if the Scorpions, Spiders and Bats win, there won’t be any profit to be made by anyone anymore. Now Razar is willing to do things that are generous, even brave, without asking for anything in return—because he’s thinking about all the deals he’ll be able to make when this is all over.[1] 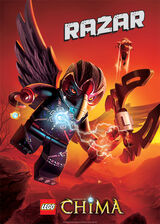 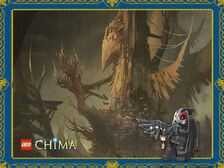 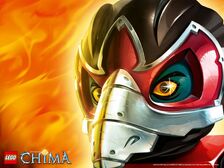 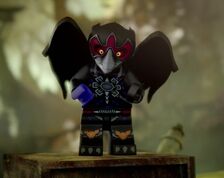 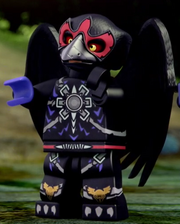 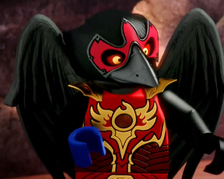 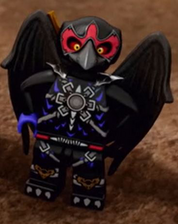