Warrior of the Mammoth Tribe

70145 Maula's Ice Mammoth Stomper
Mottrot is a Legends of Chima minifigure released in 2014 and a major antagonist in Season 3. He is the brother of Mungus and the son of Maula.

Mottrot is one of the smartest warriors in all of the Ice Hunter tribes, a master planner who has devised incredibly effective battle strategies. Unfortunately, he doesn’t get much credit for his brains. He is short, and among Mammoths that means you aren’t respected. And his mother, Maula, dotes on his huge, dumb brother Mungus. She gives Mungus the credit for all of Mottrot’s great ideas. Mottrot doesn’t object, because he doesn’t want to get his Mom angry at him. Mottrot can’t even get a little comfort when he gets hurt in battle. Maula will usually just blame him for being clumsy.[1] 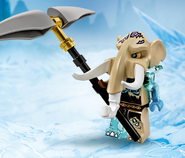 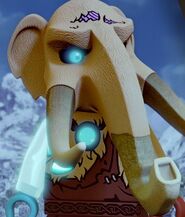 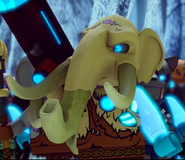 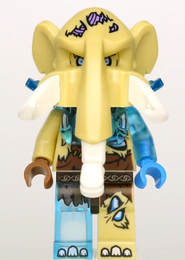 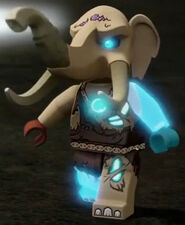