Legends of Chima is a 2013 animated television series based on the LEGO series, Legends of Chima. It was shown on Cartoon Network every Saturday & Teletoon every Friday. The series follows the adventures of Laval as he explores Chima and keeps it in balance. The last season ended in 2014.

Once a pristine, natural paradise, CHIMA has become a battleground for eight animal tribes. Best friends are now enemies. The animals fight for control of a natural resource called CHI, a powerful element that is both a source of life and potential destruction. Only a few brave heroes in CHIMA understand the true nature of CHI and the possible downfall of CHIMA that will result from its misuse. Their stories, and the stories of those who seek to destroy them, are known as... THE LEGENDS OF CHIMA.

For a thousand years, animal tribes have ruled the land of CHIMA. Lions, crocodiles, eagles, wolves, gorillas, ravens, rhinos and bears lived in peace. They played and worked together, cooperated and prospered - until the outbreak of the CHIMA conflicts.

As the first species to drink from the Ancient Pool of CHI, the Lions had become its sworn protector. No one had ever challenged the Lions' custodianship of the Pool because the Lions had always been reliable and fair with the CHI. Animals throughout the land relied on the magical CHI orbs to energize their vehicles, gear, and themselves. The orbs were a power source that the Lions had always shared equally with everyone. Eventually, some of the animals got greedy. A young, rogue Crocodile prince named Cragger demanded that his tribe should receive a greater share of the powerful CHI orbs. But the Lions insisted, as they had for a thousand years, that giving too much CHI to any one tribe would upset the natural balance of CHIMA. The Lions only wanted to be fair, and to protect all of CHIMA. But the Crocodiles didn’t see it this way. A series of minor skirmishes over the Crocodiles’ share of the CHI led to bigger battles. 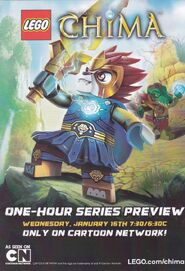 The teaser poster for the series.

image from a trailer 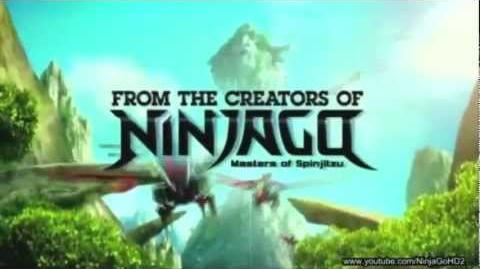 Exclusive Legends of Chima TV SHOW Trailer FIRST ON YOUTUBE!
The first ad for the series. 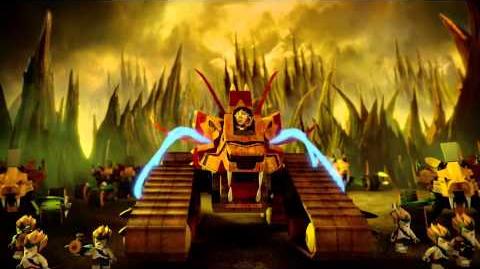 2013 LEGO CHIMA
The second ad for the series. 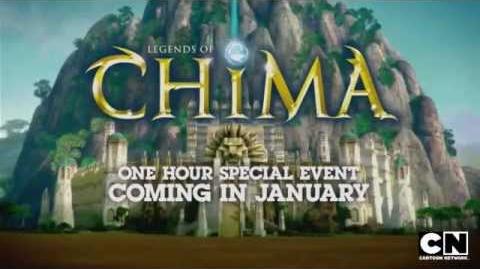 LEGO Legends of Chima Cartoon Network Premier
The third ad for the series.