Laval is a warrior and the prince of the Lion Tribe in Chima. He is the son of Lagravis and is an accomplished Speedor racer. He is best friends with Cragger. Laval is expected to be a mature lion warrior by his father, but he is shown to act like a kid, forgetting his duties. He is the main protagonist of the series, which follows his adventures and his friends.

Laval has beige arms, torso, and legs, and white hands. His feet have markings of lion-like toes. He wears a royal blue kilt with golden and black markings, pads on his knees and a royal lion tribe belt; which all have lion tribe crests. Laval's torso is covered in blue clothing, over which he wears a golden harness. Beneath the harness, the TV series depicts a single strap without any medallion, whilst the minifigure version depicts two straps to secure a CHI medallion. Laval's hair is spiky and red, with a golden lion tribe crown to display his royal lineage. His face is beige, and he has a white muzzle. His nose is black and has a black-printed mouth, which depicts a smile. Laval's eyes are orange.

Laval is the headstrong prince of the Lion tribe who still has a lot to learn about what it means to be a leader. He may want others to see him as a powerful and responsible adult, but he's still a big kid at heart. Duty doesn't always take priority over having a good time. But what's the harm in pulling a little prank every so often? Like a lot of kids, he has an insatiable curiosity and a relentless flair for challenging the rules. This can be a problem since the Lions are all about following and challenging the rules. Can Laval figure this out and become the great warrior and leader his tribe expects of him?[1]

After The Battles for CHI

The prince of the Lion Tribe, Laval was once very headstrong and more interested in having a good time than anything else. But the battles over CHI have helped him to grow up a little bit. While he still loves nothing more than a new adventure or a chance to have fun, he also understands more about the duties and responsibilities of a prince. He showed that by his willingness to put the past aside and ally with Cragger against a common threat. As the leader of a new, united team of heroes, the fate of Chima rests on his shoulders.[2]

Brave, loyal, fun-loving and heroic, Laval is the young prince of the proud Lion Tribe. He is eager to prove his worth as a leader, but anxious about the responsibility. Mischievous Laval would rather be playing jokes on his friends and seeking adventure at every turn. Even though he has caused much trouble in the land of Chima, he always seeks to make things right.

Laval loves riding his Speedor more than any other vehicle. He is king of the Market Day Speedor track!

As prince of the Lions, Laval must keep peace among the tribes and help protect Chima's sacred CHI. Thankfully he has a great role model in his father Lagravis.[3]

Laval inside one of the many worlds of LEGO Dimensions 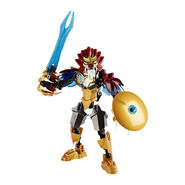 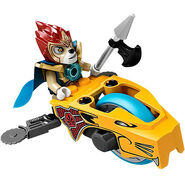 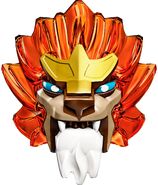 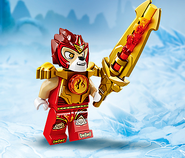 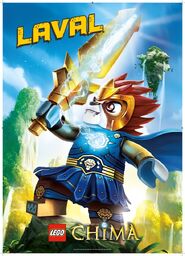 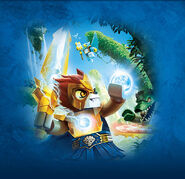 Laval in a teaser image. 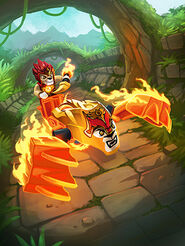 Laval in the TV Series.

Laval and his father, the Lion King, try to settle a dispute with the Crocodile Tribe.

Laval leaping from a tree.

Laval at a ceremony.

Laval with Lagravis and Eris. 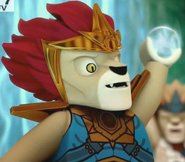 Laval with the Shado Valious 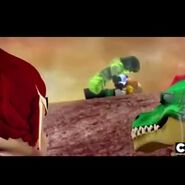 Laval watches Lloyd and Morro fight for the Realm Crystal, from LEGO Ninjago

Laval on his Speedor 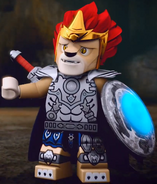 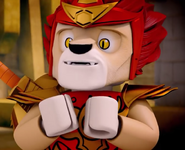 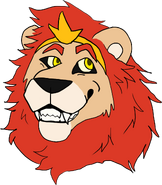 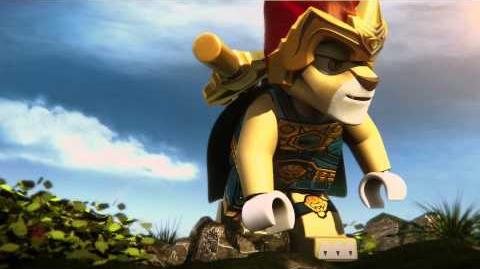