LEGO Legends of Chima Wiki
Register
Don't have an account?
Sign In
Advertisement
in: Phoenix Tribe, Characters, Phoenix,
and 2 more

The Crescent
Firox is a member of the Phoenix Tribe. He is one of the pilots of the Flying Phoenix Flame Bastion along with Frax and Foltrax .

Firox is a pilot under the command of Foltrax. He resides in the hidden Phoenix City.

Firox is an orange feathered phoenix, and he wears flying googles. 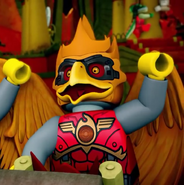 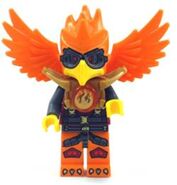 Fanart by Messier8769 from the Wiki!
view · talk · edit Legends of Chima Minifigures
Community content is available under CC-BY-SA unless otherwise noted.
Advertisement