The Eagle Tribe is one of the twelve animal warrior tribes in Chima. They are aligned with the Lion Tribe and the Gorilla Tribe. The members mostly consist of eagles with white and light blue feathers, and golden armor, with the exception of Eglor, who has light blue and dark blue skin and wears silver armor. However, in the TV Series, most of the eagles have light blue skin and silver armor, and they do not appear outside of the TV Series.

According to Eglor in Ravens vs. Eagles, the tribe is a utopian collective where no one owns anything and everything is shared. Razar says they don't believe in shopping, though Eris says they still buy things at the Chi day market. In the same episode, Eris says the "who goes where" rules are governed by common sense.

They also appear to have the ability to call other tribes like the Lions do, as shown in the finale of season 3. It also could be that only royal/council Eagles can do this, like with the Lions, since Eris was the only one to use this ability. The calling noise is a shriek.

The Eagle Tribe has a ruling council, rather than royalty, as with the Lion Tribe. This is suggested from Ewald's bio on LEGO.com. It calls him the leader of the Eagles Ruling Council.

The Eagle Tribe is settled in a large, tall mountain that has an Eagle's head and wings, with multiple buildings and landing pads built on and inside it.

The wisest of the wise, the black eagles are a group of Eagles who only made an appearance in Legend of Chima Online. The only known member is Ehboni. The black eagles are believed deceased, due to the fact that they considered wisdom so important that they neglected to eat or drink, thus most of them starved to death.

An eagle-based jet, flown by Eris and the other Eagles. Its primary armament are a pair of wing-mounted chi guns. This is easily the most common vehicle in the TV Series.

An Eagle motorcycle built by Eglor. The bike has a flight mode. In the TV Series, it was piloted by either Ewald or Eris.

An eagle tank. The armament is a pair of heavy CHI cannons. The Ultra Striker has a flight-capable escape pod. Its wings can fold up and down. It is driven by Equila or, in the TV Series, by Eglor. 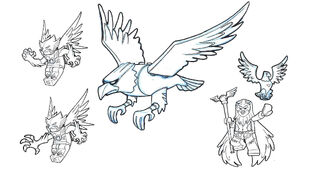 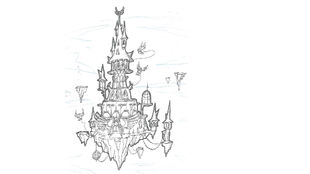 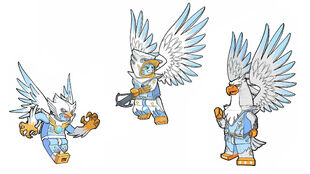 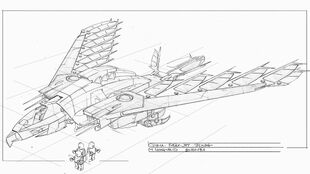 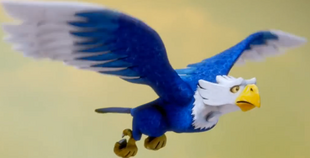 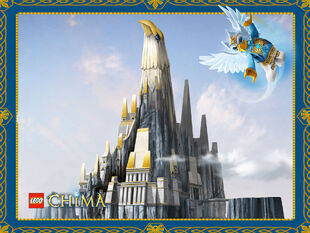 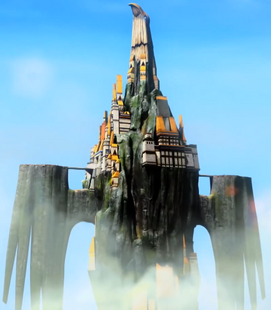 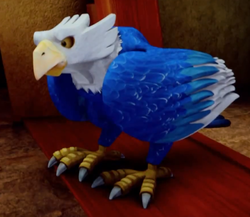 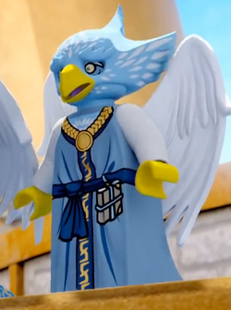 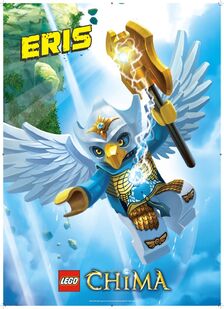 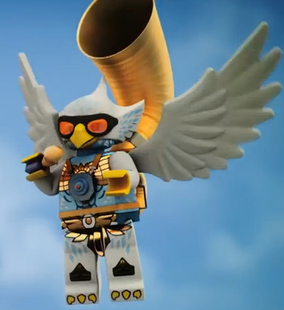 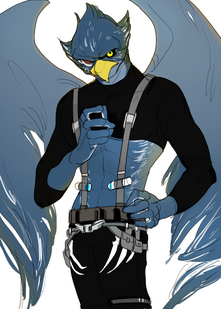