The Crocodile Tribe is one of the tribes in Chima. It is the tribe that started the war over CHI in Season 1, being joined by the Wolf Tribe, the Raven Tribe, and the Rhinoceros Tribe.

The Crocodile Tribe is run by a king. The crocodiles live in the Croc Swamp Hideout. The Vengdualize is a double-bladed sword passed from the Croc king to his heir when he or she comes of age.

The vehicles used by the Crocs often use olive green as a base color with transparent red windshields.

The Crocs seem to be a hunter-based tribe, as much of their clothing, vehicles, weapons, and structures are adorned with the bones of long-dead prey. As the bones are mostly from fish, this also indicates that fish are most likely the main food source for the tribe. Before Cragger plugged Chi early, the Crocodiles, despite being a very fearsome-looking animal, seemed to be much more peaceful, so perhaps they were simple fishermen and hunters before the events of Season 1 of the TV series.

Like all tribes of Chima, the Crocodiles fashion their buildings after themselves. They dwell within a great indoor city shaped like a crocodile head with a throne room directly in the center. This fortress is mostly built of stone, with many armor stands and weapon racks adorning the halls.

The Crocodiles' clothing is very simple. All males in the tribe are either bare-chested or own a few clothes for a "shirt"; for leggings, every last one posses a crimson loincloth or no leggings at all. Females typically dress in swimwear-like attire, most often clothing resembling a bikini or rarely, a one-piece swimsuit as seen in the Croc Huntress. These clothes are more varied in color, either light blue or lavender.

Concept art of a male croc

Concept art of a female croc

Concept art of a crocodile structure

Concept art of a Crocodile structure

Concept art of the crocodile tribe 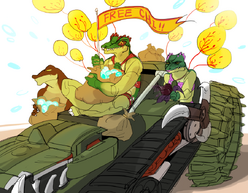 By baekim
Community content is available under CC-BY-SA unless otherwise noted.
Advertisement