LEGO Legends of Chima Wiki
Register
Don't have an account?
Sign In
Advertisement
in: Sets, 2014 Sets, Sets of 2014,
and 3 more

Stop Vardy fleeing with the CHI in his super-cool Ice Vulture Glider!

Evil Vardy has stolen the CHI and is escaping in his super-cool Ice Vulture Glider! Strap Lundor into his weapon station and fight ice with fire using his smoking-hot armory. Watch out for the glider’s huge wings and ice-blue claws and evade the dual flick missiles fired from either flank. But beware – just when you think you’ve got Vardy trapped, he could detach his flyer and speed away with the precious CHI! 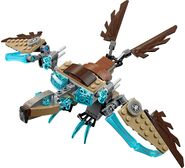 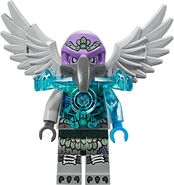