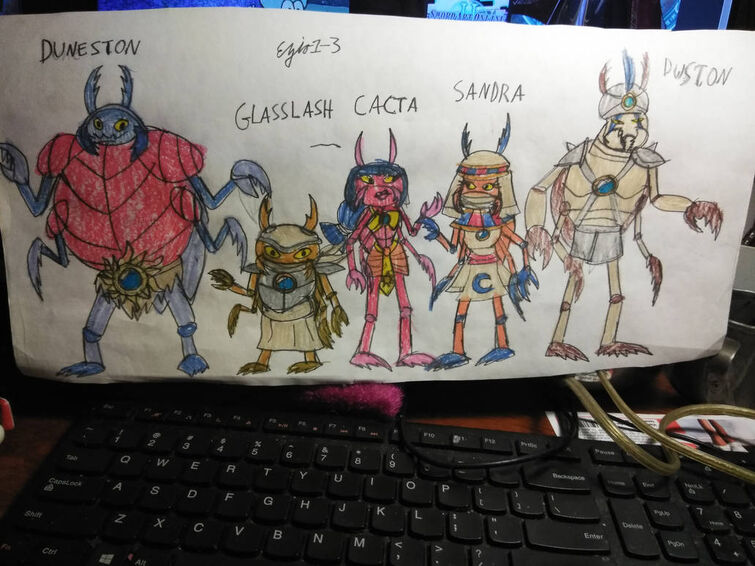 My friend www.deviantart.com/strikecomme… came up with this tribe for LEgends of Chima, so here they are!

A highly stealthy group with the art of Earth Chi, these Chima residents have been known for their mind control expertise. The Scarabs were more immoral among the tribes of Chima, never trusting anybody and living underground in the Sands of a place in Chima called the Desert of Despair. It was a very small desert the size of a small forest, and at the center was the Scarab Tribe's village, an oasis with a system of underground tunnels. The Scarabs distrusted many other tribes with the exception of the Wolves. During Season 1 of LEgends of Chima, they allied themselves with the Crocodiles and Wolves and Ravens during their attacks on the Lions and Eagles. They were great at digging, but were also great flyers as well. They were mostly Arabic and Egyptian in terms of the style of their architecture and weaponry, and were comfortable in both the air and dirt, but not in water. Though they COULD swim, and were good at it, they disliked water because they were more comfortable with dirt and sand. There is a scarab Legend Beast. Their vehicles mainly consist of vehicles with drills on them.

Duneston is a giant warrior with solar magic who is the representative of the tribe. In the Lego sets, he is a Big Fig. He is a warrior who is actually more moral among the Scarabs and is their strongest warrior, but will do as the rest of the tribe does for the sake of his people. He is good friends with Cragger and Worriz, but dislikes Gorzan's hippie attitude.

Glasslash is a scheming genius of the tribe, an expert in stealth missions and master spy. He wears armor made of desert glass, and will follow any order from his superiors without question, though some say he is too loyal, as he sees himself as less important than his superiors, even going so far as to call himself expendable.

Sandra and Cacta are twin sisters who enjoy astrology to use as weapons against them with sun and moon armor respectively. Sandra is more cool and collected while Cacta is more energetic and perky. Duston is the Master behind the scarab tribe, as their king and sultan, he only respects those who are strong and fierce. He appointed Duneston as the representative of the tribe due to his strength in battle, but doesn't like his trusting nature. 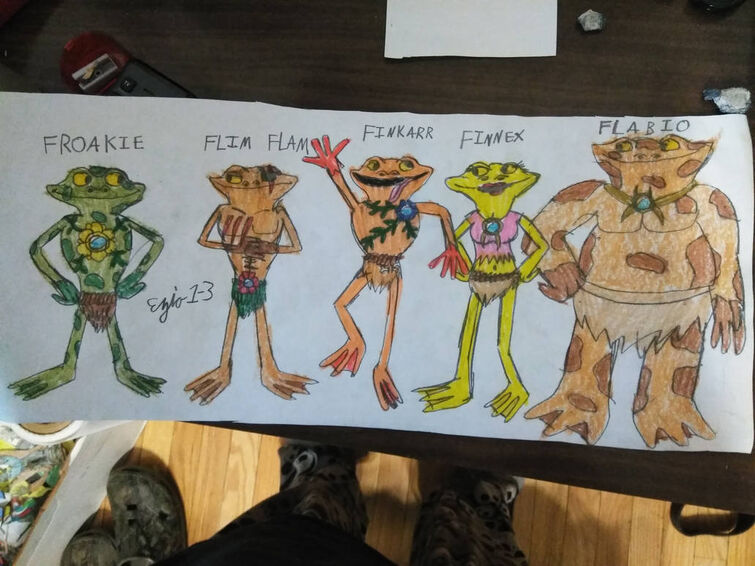 I've had this idea since the start of LEgends of Chima, and I never drew it out, so better late than never.

The Frog tribe is a tribe of animals that share the swamplands with the Crocodiles, but are more peaceful and friendly. They are on good terms with both the Crocodiles and the Lions, and when the two tribes started fighting at the start of the series, they kept trying to make peace. Because they were on good terms with both the Crocs and Lions, their weapons were a mix of both tribes. Their vehicles included boats, all-terrain buggies and tanks, and Frog Mechs. They were good swimmers and climbers, and their tongues could be used as great weapons and for grabbing. They all speak with Cajun accents. They have a nasty habit of eating bugs that fly by with their tongues, which grosses other tribes out. There is a Frog Legend Beast, by the way.

Froakie is the representative of the tribe, and as such, is the closest thing they have to a leader. He is good friends with Laval and Cragger, and has been trying to keep their friendship stable since the start of the series. He doesn't like Crooler. He is brave and resourceful, and very smart, too. He is also creative both in Battle and of the Speedor Track.

Flim Flam is the best warrior the Frogs have, scarred in several places due to picking fights. Unlike the peaceful other frogs, he is very tempermental, and likes to pick fights with just about anyone: Ravens, Wolves, Crocodiles, and he has the fighting skills to back up his claims. He is a no-nosense frog with a grim outlook on life, and believes that there will always be someone to fight. Not many other frogs like working with him due to his bad attitude.

Finkarr is a zany and crazed frog who is always playing jokes and having fun. He hangs out with the Gorillas and likes pranking others. He is bouncy and full of energy.

Finnex: Froakie's love interest, she is the calm, level-headed diplomat of the Frogs, and has quite the way of talking out through problems and getting others to agree on things. She's no slouch in a fight, either, and wishes everyone would just get along.

Flabio: Froakie's bungling big brother, he is the largest Frog in the tribe, and in the LEgo sets is a Big Fig. Flabio is easygoing and peaceful, but also very strong. If the frogs ever need someone to bulldoze through obstacles and enemies, he's the guy for the job, though he'd rather hug it out. His peace-loving attitude makes him seek company among the Gorillas and Bears.